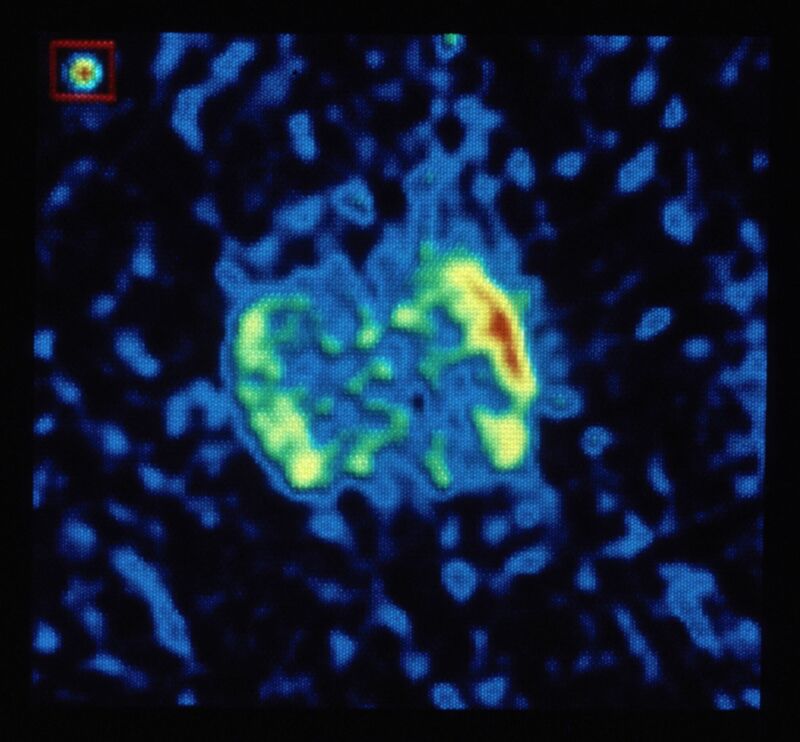 In 1977, the newly functioning VLA was used to map the radio emission from shells of hot gas, known as planetary nebulae, ejected from dying stars. NGC 40 is a planetary nebula formed when when a star expelled part of its atmosphere and then maintained it as an expanding cloud of hot, ionized gas. The intensity of the radiation is denoted by color, which ranges from red (brightest) to blue (faintest). The effective angular size of the array's beam is shown in the inset. The resolution of this radio image, about 1.5 seconds of arc, matches that of excellent optical photographs. This early VLA map (the first made of an extended source by the VLA) was used to show that the VLA was, in fact, successful at mapping. Success was determined by comparing the radio image to a good optical photograph.
VLA in hybrid-configuration using 8 antennas.