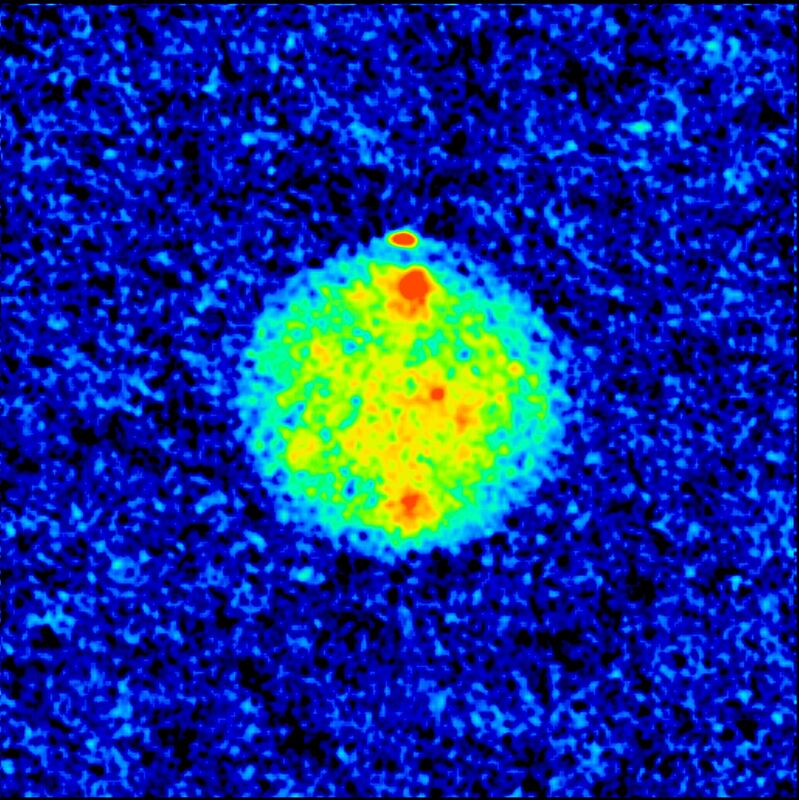 This image of Mercury was the result of a bi-static radar experiment performed during the conjunction of August, 1991. The experiment used the JPL/DSN 70-m antenna in Goldstone, CA, as the transmitter, and the Very Large Array (VLA) as the receiver. The wavelength was 3.5 cm, and this image is in the same circular polarization as that transmitted. Red areas are areas of high radar reflectivity, which can either be a result of surface and near-surface composition, or surface roughness. The north pole was visible at the time, and the area with the highest radar echoes was located there. Because of the peculiar polarization signature of this feature, we postulate that it indicates the presence of significant amounts of water ice. A similar region has been detected by our group and another group at the Arecibo antenna which is associated with the south polar regions. The two other large reflective regions are in regions which have never been photographed, so the cause of the high reflectivities remains a mystery.