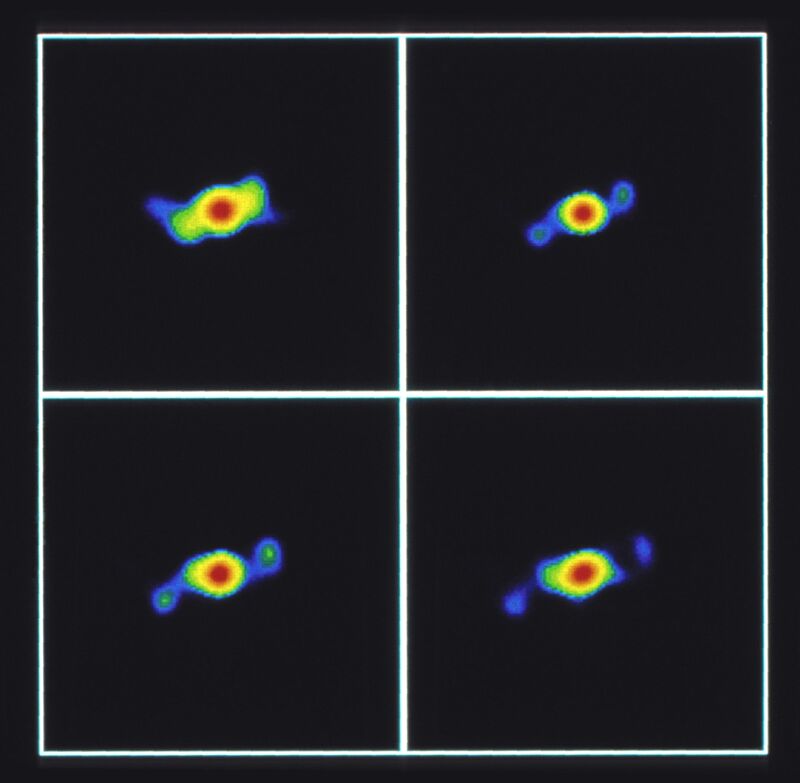 SS433 is an object known as an X-ray binary. X-ray binaries are systems of a "normal" star in orbit around a very dense massive compact object, a black hole or neutron star. In these systems there is frequently matter transfer from the normal star onto the compact object. This interaction of matter with the intense gravitational field of the black hole or neutron star causes the matter to heat up and produce X-rays, hence the name X-ray binary. SS433 is special because it is one of the few in this class to also exhibit jets of material ejected at speeds close to the speed of light on opposite sides of the system. This images shows four radio images of radio/x-ray star SS 433 made with the VLA in January, February, March, and April 1981. By examining differences in these images, astronomers infer that there are twin jets of material moving outwards from the central star system at speeds of 180 million mph, one fourth the speed of light.
The VLA was in the A-configuration using about 25 antennas.