Radio Image of the Crab Nebula 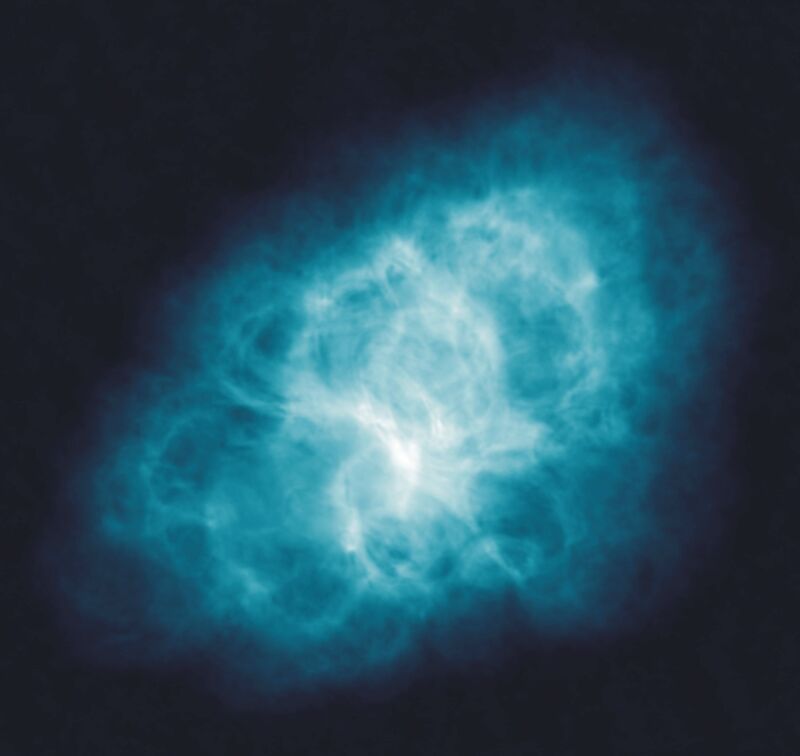 The Crab Nebula, located in the constellation of Taurus, is the remnant of a supernova in 1054 AD, observed as a "guest star" by ancient Chinese astronomers. The nebula is roughly 10 light-years across, and it is at a distance of about 6,000 light years from earth. It is presently expanding at about 1000 km per second. The supernova explosion left behind a rapidly spinning neutron star, or a pulsar (not discernible in this image). The present remnant is formed from both the material originally thrown off by the star in the supernova explosion, and from a highly energetic wind from the pulsar. It is this wind which energises the nebula, and causes it to emit the radio waves which formed this image. Near the centre, plasma waves move outward from the pulsar at speeds up to half the speed of light.
11 hours of VLA observations in B array, also using earlier observations in C and D arrays. VTESS deconvolution.