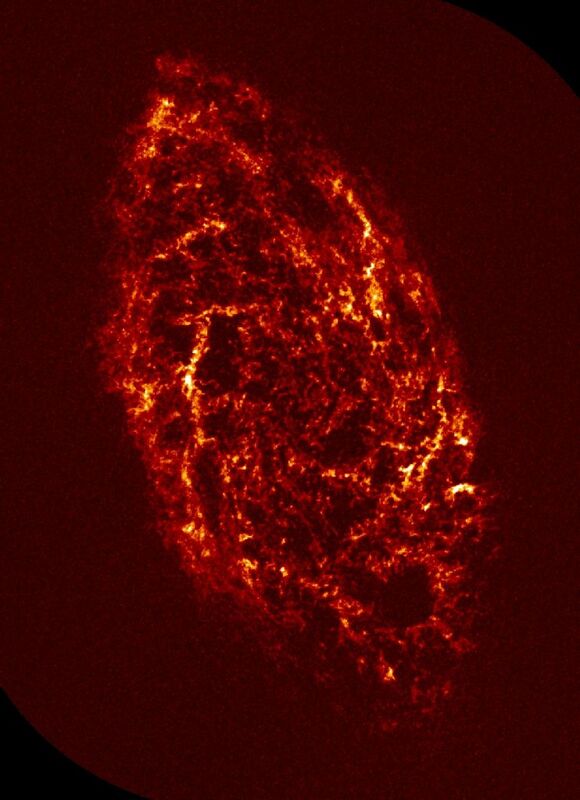 The distribution of the cold neutral atomic hydrogen gas in the Scd galaxy Messier 33, also known as the "Triangulum Galaxy". Bright regions indicate regions with a high gas density, while dark regions have little or no gas. The underlying stellar disk of this galaxy is not shown, but appears elsewhere in the image gallery. This image emphasizes the wealth of structure present in the gas disk, from tight knots of gas associated with star forming regions, to large holes which may have been swept clean of gas by the winds from massive stars or by exploding supernovae.
The data were obtained from VLA observations taken both in its B-array and CS-array configurations, with a spatial resolution of 10" and velocity resolution of 1.3 km/s. The VLA data have been supplemented by total power observations obtained at the Westerbork Synthesis Radio Telescope.