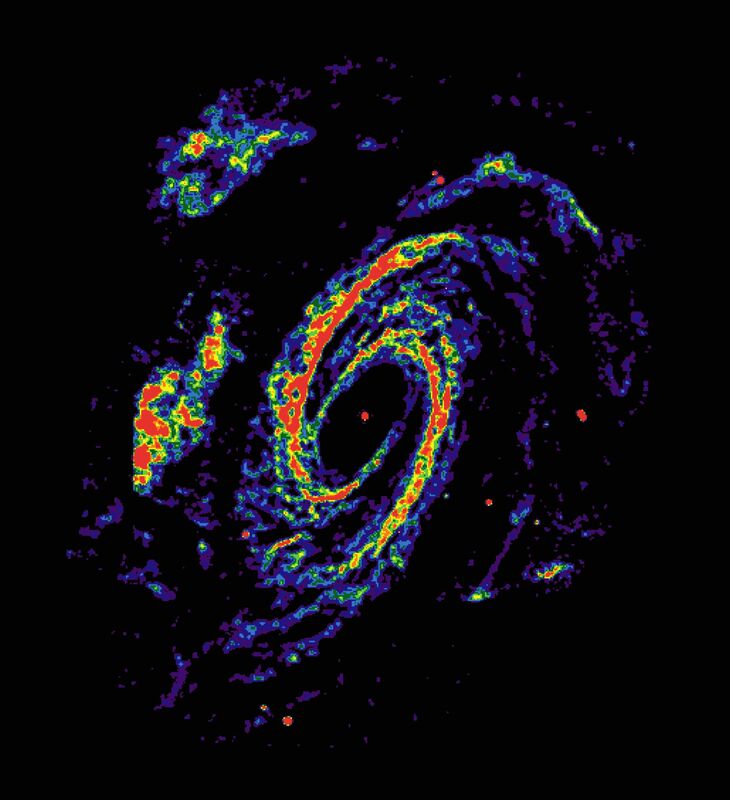 The galaxy M81 is a spiral galaxy about 11 million light-years from Earth. It is about 50,000 light-years across. In the optical (not shown), the galaxy is known as a "Grand Design" spiral, for its pair of symmetric, well-defined spiral arms. This image, which only shows the cold atomic hydrogen gas in the galaxy, clearly shows that the gas also follows this grand design pattern. In this pseudocolor image, red indicates higher gas densities and blue weaker emission.
The observations consist of data taken with the VLA in the B-array, C-array and D-array configurations for a total of more than 60 hours of observing time. Two pointings and two velocity settings were used. The resolution is 12". The continuum sources have not been removed from the map.