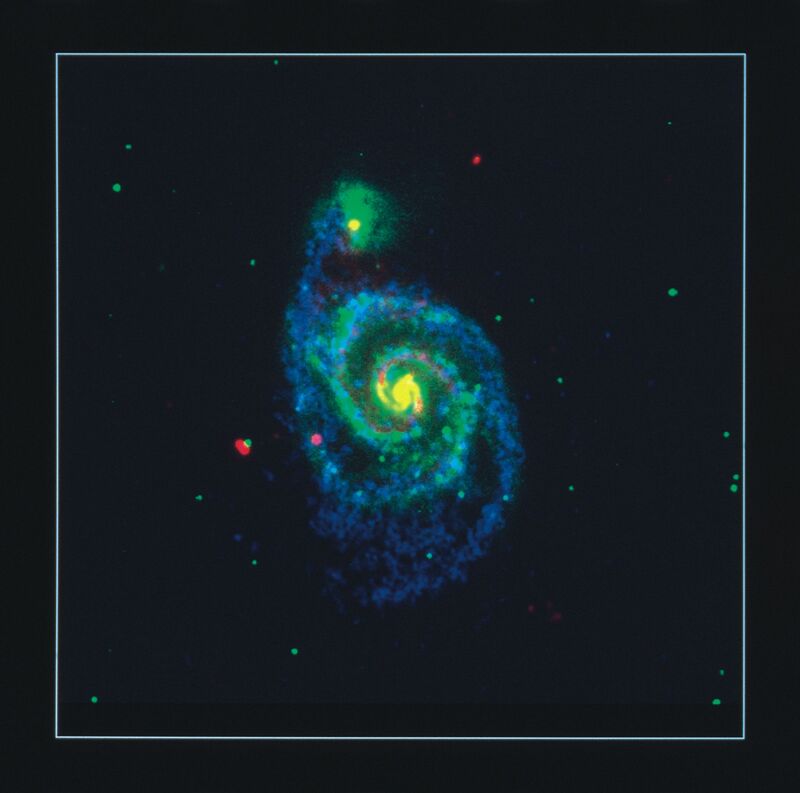 Three separate sets of observations are involved in this composite image of the spiral galaxy M51, also known as the "Whirlpool Galaxy". The optical image (depicted by green and yellow colors in the above image) highlights the younger stars, as well as the dust; the latter can be seen as dust lanes in the spiral arms of M51 itself and in obscuring the eastern (left hand) part of its companion, NGC5195. The continuum radio emission (depicted by red in the image) is partly due to thermal emission from HII regions, partly to synchrotron emission from relativistic electrons moving in magnetic fields, delineating areas of high compression (i.e. the dust lanes). The spectral-line observations of neutral atomic hydrogen (depicted by blue) gives us the distribution, as well as the kinematics, of the neutral hydrogen gas.
Optical image is a photographic plate taken in Blue light with the KPNO 4m telescope. The radio continuum image is a 1.4 GHz image from the VLA with 7 arcsec resolution. The 21cm line observations are from combined VLA B-array and D-array observations, shown at a resolution of 8 arcsec.