The Crab Nebula Rising Over the Alps 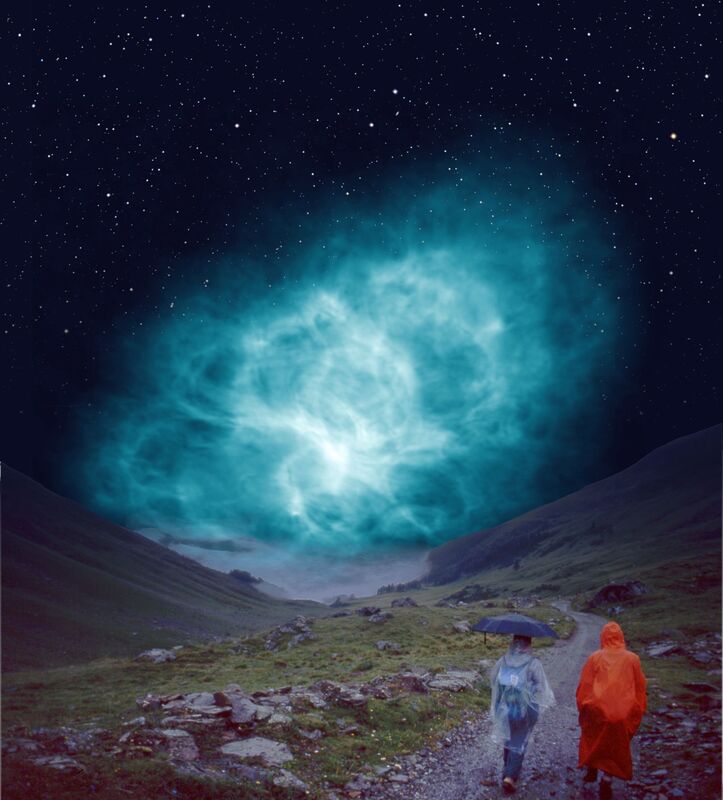 This collage shows a radio image of the Crab Nebula over a mountain valley in the Swiss alps. The Crab Nebula is the remnant of a supernova explosion recorded by Chinese astronomers in 1054 AD. The core of the original star has collapsed to an incredibly dense neutron star, which emits an energetic wind of particles and magnetic field. It is this wind which energizes the nebula. Radio images, such as this one made using NRAO's Very Large Array, most clearly show the Crab's beautiful filamentary structure.
This radio image is one of a series made using VLA at 5 GHz. The radio images were taken concurrently with high resolution optical and X-ray images from the Hubble Space Telescope and the Chandra X-ray observatory respectively. The resulting, multi-waveband movie of the Crab Nebula revealed a wealth of details, including ripples near the pulsar, visible in all three wavebands, which move outward at speeds of up to 0.5 c.