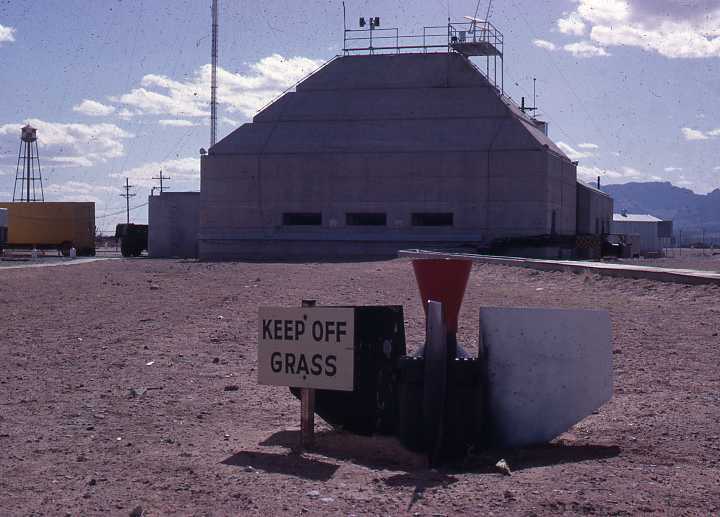 Paul Vanden Bout writes, "From 1967-70 I was at Columbia U., first as a postdoc and then as an Asst. Prof. Roger Angel and I shared an office. We were both in Robert Novick’s research group, working on x-ray astronomy projects. These slides are of the launch of Angel’s payload, an x-ray polarimeter. The launch was successful and he got a measure of the polarization of x-rays emitted by the Crab Nebula. The experiment was the idea of Lo Woltjer, chairman of the Columbia Astronomy Department. Slides 4&5 are of the block house where we were to huddle during the launch. Usually, the audience stayed outside, the better to see. I was present at a launch that failed. The booster fired but the Nike did not. Everyone ran into the block house, waited, and when the Nike landed there was a huge explosion, big enough to shake the blockhouse. It left a crater about the size of a two-car garage."

Papers of Paul A. Vanden Bout