Our Solar System consists of the Sun, the nine planets, and various moons, asteroids and comets. The Sun is a giant sphere, composed mostly of hydrogen gas that is held together by its own gravity. It weighs about 2x1030 kilograms, and is about 1.4x109 meters in diameter. Many of the nine planets that orbit the Sun have moons orbiting them; with almost 40, Jupiter has the largest number of moons in the Solar System. Asteroids are similar to planets, but smaller in size and with different chemical compositions. Comets are made up of dust and ice (frozen water and gas) that orbit the Sun in highly eccentric orbits. When they approach the Sun, their long dusty tails become visible, which can be almost 10 million kilometers long. Beyond the orbit of Pluto is a population of many icy planetesimals. Some of these objects may, from time to time, become dislodged, traveling to the inner Solar System to become comets. 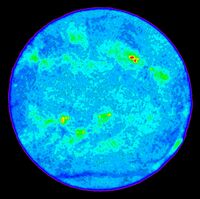 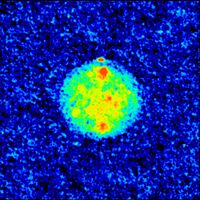 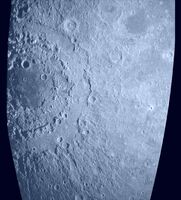 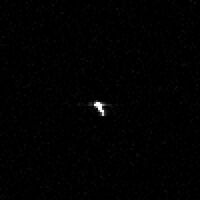